Michael Kennedy McIntyre & Associates is a well-established Atlanta law practice that provides individuals with postconviction representation which assists them in being released from prison on parole. Among Michael Kennedy McIntyre & Associates’ successful results are cases involving drug convictions. In one case, a client was sentenced to two years of incarceration for the possession of methamphetamine. After the Parole Board initially denied parole, the client hired the firm to represent him. A request for the Parole Board to reconsider their decision involved the presentation of new relevant information and yielded a release on parole after service of 15 months, instead of 24 months. Another case involved a 10-year custodial sentence related to heroin possession with intent to distribute. The law firm represented the client at the initial parole consideration and achieved release after 41 months, or just over one-third of the custodial sentence. With these results in mind, it is important to note that each case is unique and results are never guaranteed. 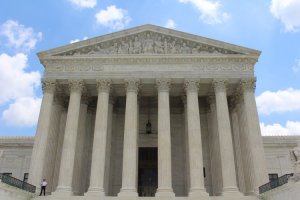 Located in Atlanta, Michael Kennedy McIntyre & Associates is a respected law firm that focuses on representing clients after conviction and finding strategic pathways toward release from incarceration. The Michael Kennedy McIntyre & Associates team is well versed in Georgia cases involving habeas corpus petitions. By filing a petition for writ of habeas corpus an individual is claiming that their incarceration is not constitutional. Claims that can result in conviction and sentence relief include prosecutorial misconduct and ineffective assistance of trial counsel. Habeas corpus cases are complex and demanding, and require investigation and a thorough evaluation of the prospects of a successful result. Filing a petition for writ of habeas corpus must be done within the statute of limitations, which makes it imperative to start the process as soon as possible. In the vast majority of cases, there is only a single opportunity to file such a petition.

Based in Atlanta, Michael Kennedy McIntyre & Associates offers knowledgeable representation to Georgia clients who have been convicted and sentenced in felony cases. Michael Kennedy McIntyre & Associates‘ attorneys are experienced in achieving prisoner release from confinement through parole. In one case, a client had been sentenced to a 10-year custodial sentence related to statutory rape, sexual exploitation of a child, and enticing a child for indecent purposes. The client’s legal representation at the initial parole consideration resulted in release on parole after 37 percent (44 months) of the custodial sentence had been served. In representing those who have been convicted of sex offenses, the practice is always cognizant that sex offenders face a variety of additional state-mandated restrictions and requirements at the time of release from prison. These often include a classification process and mandatory participation in the Georgia sex offender registry. The firm has experience in the petitioning process that enables convicted sex offenders to be removed from the Georgia sex offender registry.