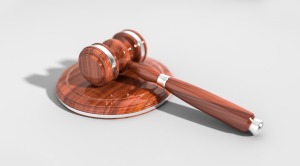 Accomplished attorney Michael Kennedy McIntyre has been practicing at the Atlanta, Georgia-based law firm Michael Kennedy McIntyre & Associates for more than three decades. The firm focuses exclusively on the area of criminal post-conviction representation. Michael Kennedy McIntyre & Associates assists clients with the restrictions placed on them during and after their sentences. Clients convicted of sexual crimes often struggle more than most with post-conviction restrictions, as they often must register as sex offenders. But changes in Georgia’s laws in 2010 have led to some hope for those individuals. Although the sex offender registry in Georgia is considered lifelong, there are ways under Georgia state law that an offender can be removed from the registry. Most offenders can petition the Superior Court for removal of their names from the state sex offender registry. Before being considered for removal, the offender must have completed all prison, parole, supervised release, and probation for the offense which requires them to register and be classified as a Level I offender or 10 years must has elapsed since the individual has completed their sentences, supervised release, and probation. There are some exceptions to that rule if the offender has significant disabilities, has committed a crime that was later determined to be a misdemeanor, or been convicted of false imprisonment or kidnapping. If the offender has not been classified at the time of the petition for removal from the registry, the judge assigned to hear the petition will order that the Sex Offender Registry Review Board classify the offender.

A practicing attorney since 1985, Michael Kennedy McIntyre works with the Georgia-based law firm Michael Kennedy McIntyre & Associates. The work at Michael Kennedy McIntyre & Associates is focused specifically on assisting clients who need criminal post-conviction representation. In the State of Georgia, any offender that is serving a felony sentence and eligible for parole is automatically considered at their parole eligibility date. It is not necessary to apply for parole. Most offenders who are eligible for parole consideration and are not serving a life sentence, are eligible for parole consideration upon serving one-third of their prison sentence, though it is very rare that parole is granted on that exact date. In Georgia, offenders do not go before the Parole Board to plead their case, as no formal parole hearings are held before decisions are made. Instead, the Parole Board members individually consider each eligible offender before casting a vote. The Parole Board can make a decision to parole an offender on a tentative parole date or a decision to deny parole. If parole is denied or if the tentative parole release date is more than 5 years away, the inmate is automatically reconsidered at least every 5 years.